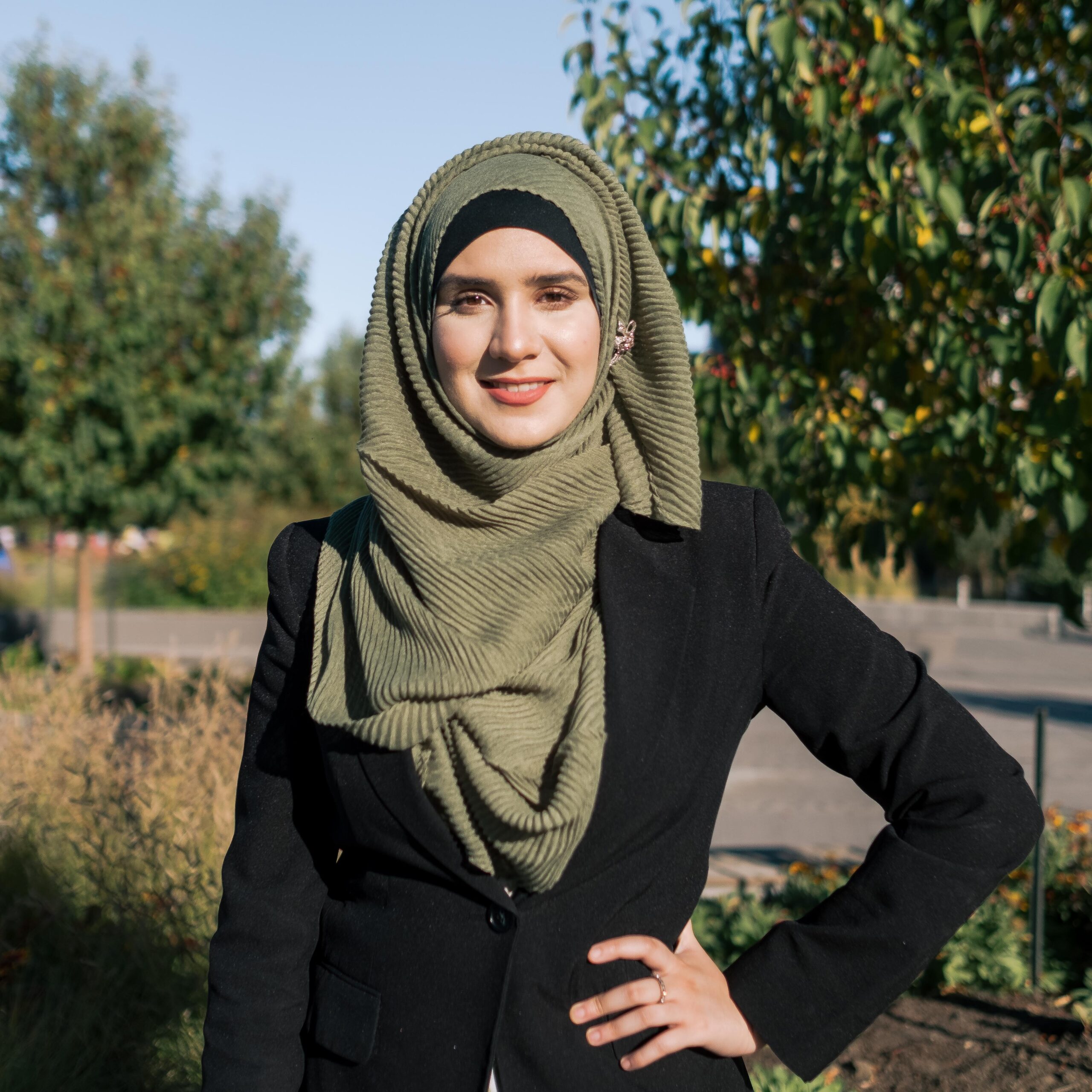 Nima has a degree in Chemical Engineering from the University of Calgary, with previous work experience in research and development and project engineering in the Canadian energy industry.

Over the past five years, Nima has held numerous leadership positions in multiple Muslim and multi-faith organizations in Calgary. In May 2015, she became the first female President in the 54 year history of the Muslim Students’ Association at the University of Calgary. Nima has also served as the President of the Calgary Orphan Sponsorship Program, where she led the organization to exceed its fundraising targets two years in a row, implemented a junior executive program, and facilitated a successful merger with Islamic Relief Canada to harness synergies between the two organizations.

Through her most recent leadership roles on the APEGA Student Liaison Committee, Women in Leadership Calgary chapter, and serving as the head organizer of the 2021 Alberta Student Energy Conference, Nima continually demonstrates her passion for empowering others through opportunities to accelerate their personal and professional growth.

As NCCM’s Program Coordinator, Nima will be leading innovative and community-engaged programs to combat Islamophobia in Canada.