(Ottawa – March 23, 2017) The National Council of Canadian Muslims (NCCM), a prominent civil liberties and advocacy organization, welcomes the passage of a parliamentary motion in the House of Commons today condemning Islamophobia and all forms of systemic racism and discrimination.

A strong majority of Members of Parliament (MPs) — by a margin of 201 – 91 — voted in favour of Motion 103 which further recommends that parliament study these troubling phenomena in our communities.

“Today, a majority of our federal elected representatives stood up to confront hatred in all its forms, and decided not to let fear and misinformation influence their decision-making,” says NCCM Executive Director Ihsaan Gardee.

“This is a win for all Canadians in affirming our collective well-being. We continue to hear from fellow Canadians that we all must work together to promote inclusive communities where everyone feels welcome. The passage of Motion 103 is a critical piece in that puzzle,” says Gardee. 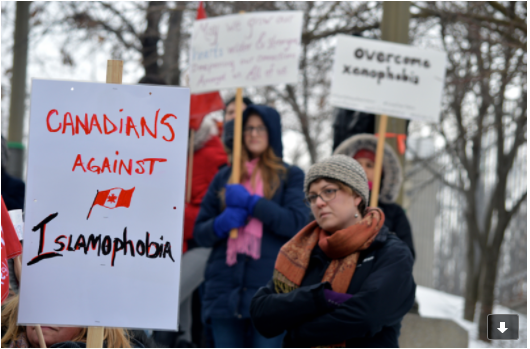 Motion 103, put forward by Ms. Iqra Khalid, MP for Mississauga – Erin Mills, was the subject of an organized smear campaign in which detractors spread false information about what the motion could potentially do, including that it would shut down free speech. Such claims were forcefully debunked by prominent groups such as the Canadian Journalists for Free Expression and the Canadian Civil Liberties Association.

“This motion will not prevent legitimate and genuine criticism, which is a cornerstone of our cherished democratic rights and freedoms,” says NCCM Communications Director Amira Elghawaby.

“It has been clear that many Canadians are still learning about Islamophobia,” adds Elghawaby.

“Many fellow Canadians fully realized how potentially harmful the fear and marginalization of Muslims could be after the horrific terrorist attack against the Quebec City mosque. This motion reminds all of us, in particular our elected officials, to address fear and suspicion of the ‘other’ and understand how Islamophobia impacts people’s day to day lives,” says NCCM Board Chair Kashif Ahmed.

“Hatred can certainly lead to violence. It can also lead to discrimination, exclusion, and the violation of human rights. We look forward to the federal government’s leadership on tackling these challenges,” says Ahmed.