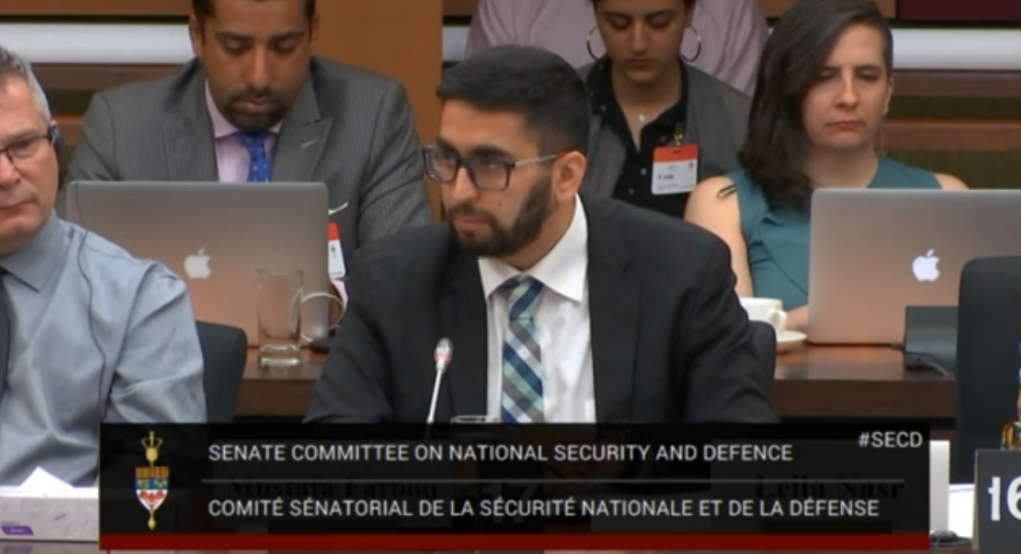 As Mustafa Farooq, Executive Director of the NCCM noted, “There are positive developments in C-59, including increased oversight measures and changes to the No Fly List. However, we continue to have concerns around the powers of national security agencies and a lack of consultation on the specific substantive changes put forward in Bill C-59.”

The NCCM also appeared before the House of Commons Standing Committee on Public Safety and National Security (SECU) regarding Bill C-59 in December 2017.